African pygmies from Uganda are living near the mountains of Rwenzori which can be considered as the frontier of the Democratic Republic of Congo. Discovered by Stanley in 1888 , his name was given to the main mount Stanley which has two main peaks around 5000m. 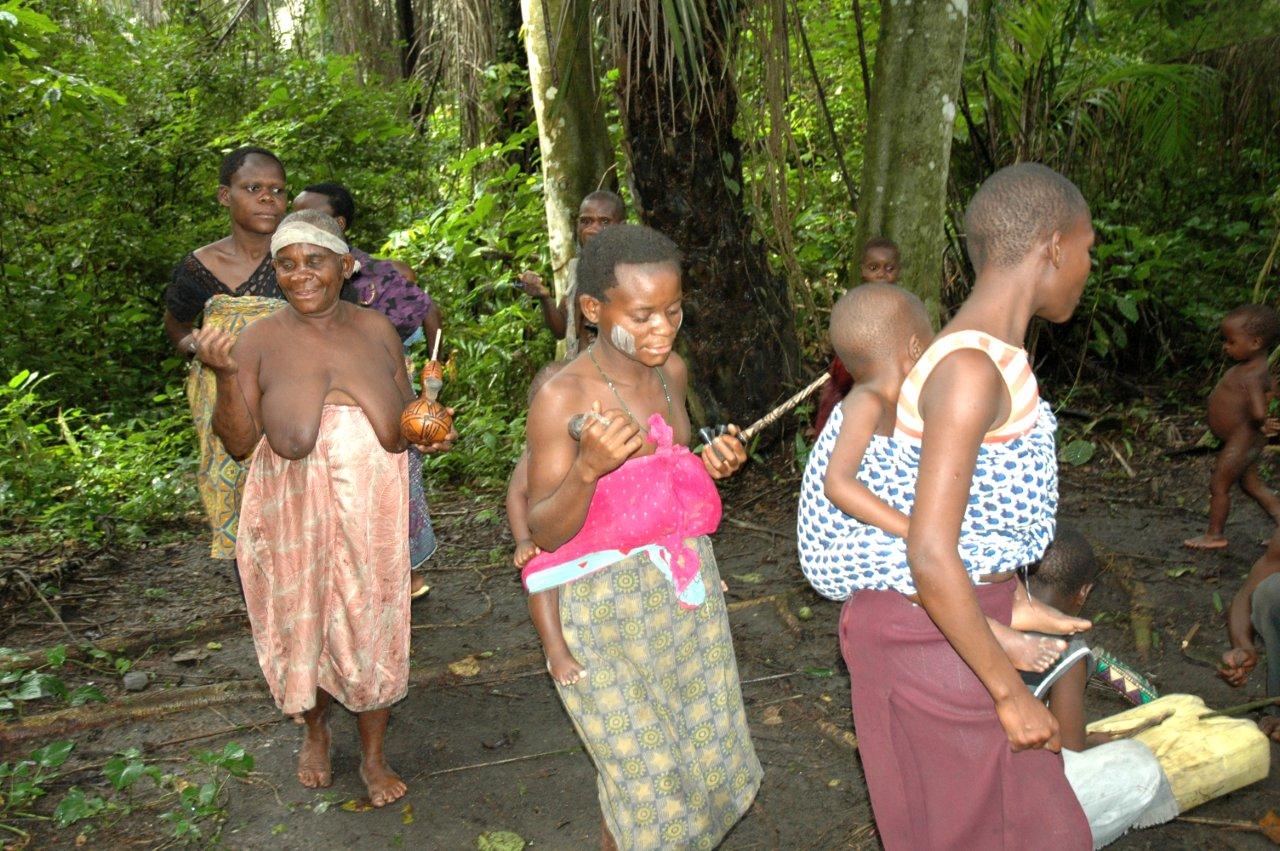 Pygmies - Dancing In The Forest

We had a long way to drive before reaching the pygmy people, they live down the slopes of the mountains, in this part of Uganda Ruwenzory, which is a rain forest as it is raining the all year long on a volcanic soil where a luxuriant vegetation is growing… On the way we can visit some pygmy villages, they are probably not so authentic now as in the past but they are quite worth a stop.
Our first contact with a pygmy tribe surprised me, some of them can be very small and they can have a terrific face when they don’t smile. Surprisingly, the chief was the smallest pygmy of the village, from behind he looked like a child. He welcomed us and invited me to seat on a Lilliputian chair. At the view of it, I preferred to stand up as it seemed the chair was just for a doll, but he gave me a strong order that I executed with a great anxiety.

After a short presentation of the village, the chief pygmy told us to follow him and we walk in columns inside the rain forest with the other pygmies of the village, they were half dressed carrying very basic instruments to play music. We stopped near a big tree; they put themselves in circle and began to make a very primitive dance at the sound of some metallic noises which had nothing really musical…
Pygmies lived mainly from the fruit of the forest and hunting animals with bow and arrows or with spears. Now being near the farmers and visited by tourists, It’s easy to imagine the bow are more for handicrafts to be ssold than to be really used.

Children of The Village